When it comes to museums operated by watch brands, the Omega replica museum in Bienne is definitely one worth a visit . It is located just across from Omega HQ, admission is free, it’s open on Saturdays as well as during the week, and — best of all — you get to see hundreds of watches, clocks, movements, and instruments displaying more than a century of the brand’s fascinating history.

Of course, among all these exhibits are quite a few dive watches, given the Omega watch brand’s rich history in manufacturing watches for underwater use.

Along with a comprehensive lineup of past and current Omega Seamaster replica watches, we discovered four prototype watches on display at the museum that we felt were worthy of attention. Here they are, along with photos:
1. Super Compressor” case prototype 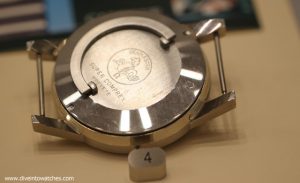 This “Super Compressor” case prototype from 1969 with a 52-mm diameter and a flexible caseback intended to be used in helium-saturated environments. Probably because the Omega Seamaster 600 from that time was put “through our helium test […] This test showed that the 600 is one hundred times as air- and water-tight as the Apollo spacecraft.” Omega did not pursue the concept of a helium release valve further until the 1990s.
2. Omega Seamaster 1000 prototype 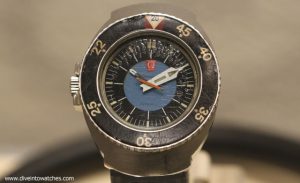 An Omega Seamaster 1000 prototype with a very unique bezel inlay and an unusual dial/hand combination. The cheap replica watches was used by COMEX during Janus II (two years before the cooperation with Rolex started), along with some specially marked Seamaster 600 “Ploprof” models, when “they spent eight days on the seabed, while setting up a new world deep-sea diving record.”
3. Seamaster 1000 prototype 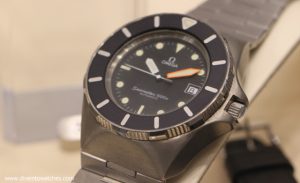 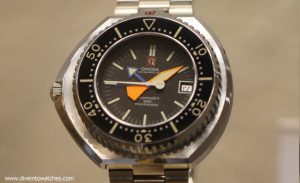 Last but not least, the rather extreme-looking Omega copy watches Megaquartz Seamaster 1000, with a rather unique evolution of the brand’s traditional orange “Plongeur” minute hand.
All of which brings up another reason why you should visit the Omega museum: you are allowed to take pictures. 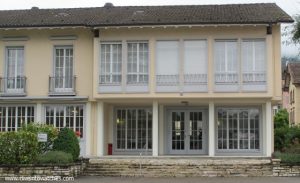